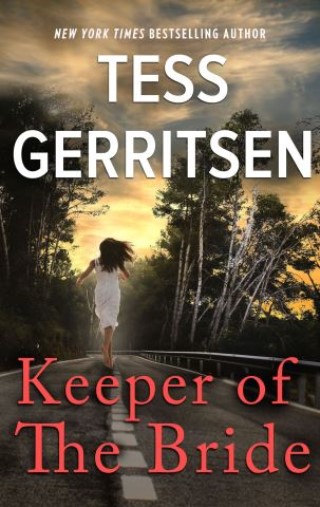 Keeper of the Bride

If Nina Cormier’s wedding had taken place, she would be dead. But after the bride was left at the altar, the church stood empty when the bomb exploded. It wasn’t until a stranger tried to run her off the road that Nina realized someone actually wanted to kill her. But who?

That’s what Detective Sam Navarro has to find out…fast. With a nightmare unfolding all around them, Sam and Nina must try to decipher the terrifying truth: they are at the mercy of a brilliant madman, one who is playing for keeps.…

Tess Gerritsen: Internationally bestselling author Tess Gerritsen is a graduate of Stanford University and went on to medical school at the University of California, San Francisco, where she was awarded her M.D. Since 1987, her books have been translated into 37 languages, and more than 25 million copies have been sold around the world. She has received the Nero Wolfe Award and the Rita Award, and she was a finalist for the Edgar award. Now retired from medicine, she writes full time. She lives in Maine.