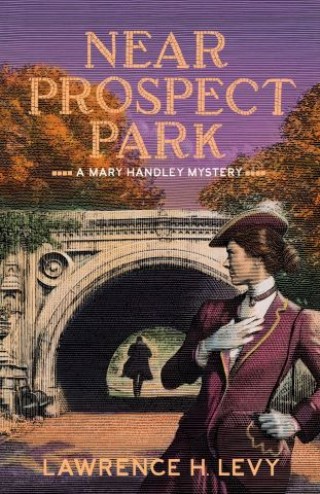 Daring Brooklyn detective Mary Handley teams up with Teddy Roosevelt to solve her husband’s murder, only to run afoul of nineteenth-century New York’s elite when she uncovers a dangerous conspiracy.

It’s December 1896, and after marrying a muckraking reporter, detective Mary Handley turns her focus from pursuing new cases to raising her newborn daughter. But when her husband turns up dead, Mary knows her next case must be solving his death. Harper was working on a big story—did it get him killed? She sets out to solve his murder, soon discovering that the investigation goes all the way to the top of the New York food chain.

Realizing she’s outgunned, Mary turns to the one person who might be able to help: Commissioner Teddy Roosevelt. As the two dig deep into the underbelly of New York’s social scene, they uncover a sinister plot exploiting the city’s most vulnerable citizens.

Lawrence H. Levy: Lawrence H. Levy is a highly regarded film and TV writer who is a Writers Guild Award winner and a two-time Emmy nominee. He has written for such hit TV shows as Family Ties, Saved by the Bell, Roseanne, and Seinfeld. This is his fourth novel in the Mary Handley Mystery series.