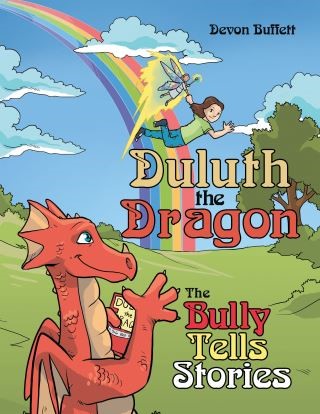 Duluth the Dragon is a big bully who is up to his antics again in Dragon Land, despite Fairy’s best efforts to stop him. Now she needs help again from her little earthling friends.

After Fairy taps on nine-year-old Hannah’s window one day, the girl grabs her red notebook and pen and travels with Fairy to Dragon Land to meet Duluth. As soon as Hannah invites Duluth to tell her the story of his life, she begins writing in her notebook. As he tells one story after the other about all the earthling children who have visited him, Hannah can barely keep up as she fills the pages of her notebook. But will her efforts to distract Duluth from bullying help cure his negative behavior?

In this ongoing children’s tale, a dragon bully meets a new earthling child who guides him to embrace positivity by encouraging him to see the good in others